Come and join us on our new adventures. https://claireschaoticmiddleage.wordpress.com/

Well its been a while since I’ve written anything. Life has been very strange in many ways and what was a horrible couple of years has taught me that life is for living and to make the most of it. I know it’s easy to say, and initially it was the reason for the blog in the first place, so after 7 years I finally have achieved it. However it was more the Covid pandemic doing than the blog or The list in the end.

Ah the list. The reason the blog began all those years ago. A bored moment in work when a crazy idea to complete 50 things before reaching the age of 50. Well I’m still not at that birthday milestone (but not far off) and neither is the list completed. This is because of a few reasons, life became difficult, work got in the way, everything closed, travel was limited but mainly it was just a bit too much pressure on top of everything. Something had to give and the blog/list was that thing.

Looking back at the list I’m proud of the things I have completed and achieved, the good that I have put into the world. Especially the fact I have completed the tasks that have enriched the lives of others.

So here it is, updated and how it will be left.

So what is next, well life took a bit of an unexpected turn a couple of months ago when a tall, dark (well greying) stranger walked into my life. After a few dates and a lot of hesitation (from me) things are going from strength to strength and life is settling into a new rhythm. And so what about the blog, since a new chapter is starting I think it’s time for a change all round. We chatted and then sat down and started a new list, 100 things to add adventure to our middle age years. I will continue to blog about them, just not here. It feels right to leave this part of my life where it is, both the happy and sad memories.

A blank slate, a new relationship, a new list, a new blog https://claireschaoticmiddleage.wordpress.com

So join us on our journey of discovery.

This week has been crazy busy and I’d promised a little too much for the weekend, so no relaxing.

Work has been bonkers, including a few extra hours. It was back to school this week so early mornings for a grumpy, tired boy. At least he’s getting back into routine.

Also I promised to take him shopping, with his birthday money. Now I’m not a shopper, in fact, I think I’m the only person in the family who finds the thought of wandering around shops boring, especially window shopping. Oscar had dragged me round the shops a few weeks ago to check out things he might like and had written a list. Once his money was in and tallied he narrowed down the important things he wanted. So Saturday morning off we went to shop ’til he dropped. It was a successful visit, he got most of the things from his list, with a few discounts and some money left over. He also learnt the value of money by having to prioritise which items were important to him and deciding to go with a cheaper option to get other things or an expensive item but at the expense of something else. I know that by handing over his own cash means he will look after the items he has chosen.

One other thing I accomplished this weekend was sorting out a phone upgrade for myself and a transfer for Oscar. Although with limited time I decided to do it myself at home, the phone part was easy however re-logging into apps was a nightmare, especially as I had to do it for both of us ! (and one reason this is late being uploaded)

I had a quick couple of visits and harvests this week, and I made a leek and potato soup and filled the freezer with lots of tomatoes and french beans. The pumpkins are starting to turn orange finally. I also took a huge bag of pears into work, much to the delight of my colleagues. 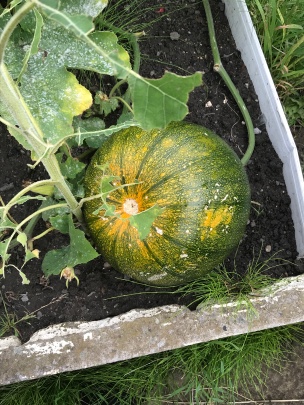 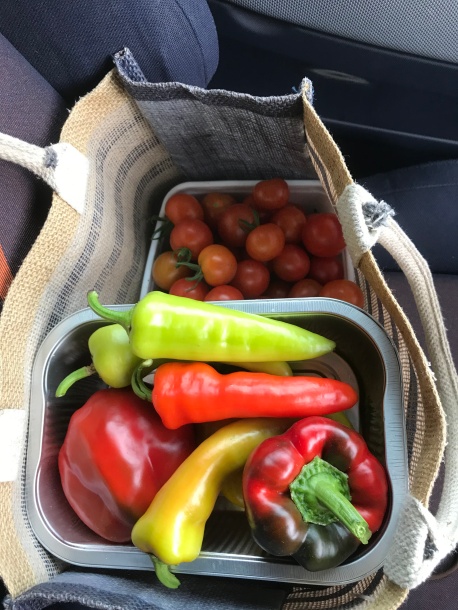 I promised (before the birthday shopping event was planned) we would make a pineapple upside down cake, I tried to put him off whilst I sorted the phones out, but no ! So while the soup was simmering, I put the oven on and got everything out. Oscar weighed, measured, mixed and followed step by step the recipe. It turned out pretty well.

Another busy week lies ahead, but the next weekend doesn’t have a lot of plans, however the allotment needs a ton of work so weather depending, the weekend will include some hard work.

After 10 days of relaxation in the Portuguese sunshine it was back to the lovely sunshine on the allotment.

Apparently there was plenty of rain but also warmth during our 10 days away and everything has gone bonkers.

The day before we went away I harvested as much as I could, some I gave away and everything else we used, cooked and froze. So you can imagine my surprise (horror) to find 4 arm length courgettes, enough ripe tomatoes to fill 3 litre containers, 14 sweet peppers and a few handfuls of birds-eye chillies. 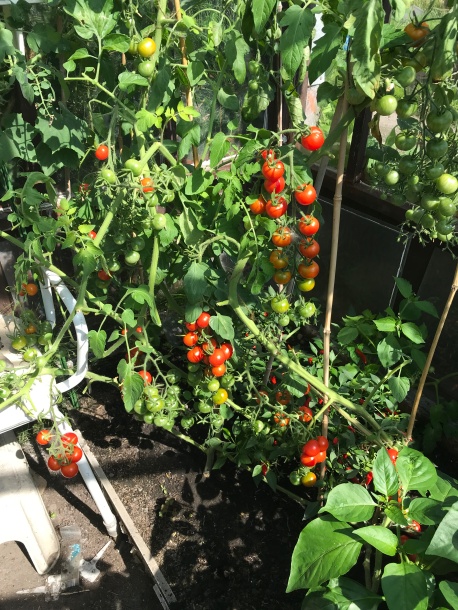 And that was just the start.

Finally I had a cauliflower, my first ever and 2 tender heart cabbages (that the slugs and snails haven’t munched). The leeks are growing really well too. The rhubarb has made a miraculous recovery and is better now than earlier in the year. 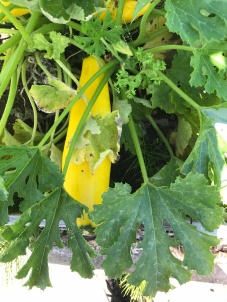 The beans have finally managed to establish and have plenty of flowers, I’m hoping they do better than the peas did. Also the seeds I kept from last years orange pumpkin have grown into the strangest things, all are green speckled, whilst 2 are small and round, the other 2 are oblong and huge. 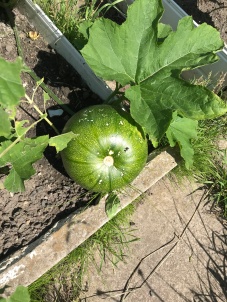 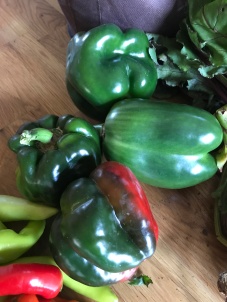 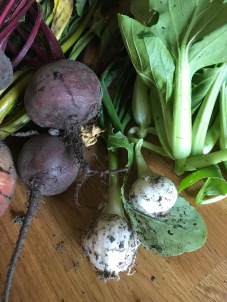 The flowers have really taken off and have established well, I’m hoping plenty of them self seed for next year. The wildlife is loving the overgrowth, and we have seen lots of baby fish in both of the older established ponds. Also plenty of frogs and crickets.

The foxes are making themselves known around the site and are running riot with their youngsters. Thankfully they haven’t dug anywhere on my plot this year but I do have plenty of track marks where they’ve been through.

This week I became the proud owner of a teenager ! I’m sure it was only last week I was bringing home a tiny, but very noisy, bundle of joy. I blinked and he became a teenager…

He has been away with his dad for the last couple of weeks so I was looking forward to seeing him but wondering if I was going to get a hormonal, grumpy person back again. However, apart from growing a bunch, he’s still my lovely sweet boy.

For the last few months he’s been saving his money to buy a couple of ‘expensive’ items he wanted. So for his birthday he asked everybody for money to put toward them. And he did pretty well. One thing he didn’t know was that we had organised a holiday to Portugal for him, me and grandma. When I told him we are going to Portugal he assumed it was just the two of us, so I said ‘you have enough money to pay for grandma and still buy your new trainers’ (he doesn’t really) and he went and asked her if she’d like to come with us, which was when we told him she is already coming. Such a sweetie.

When we get home, from our next adventure, we will have a shopping trip where he can spend as much time as he needs, try on all the clothes and shoes he wants and hopefully come home with all the new things and some change (fingers crossed).

I’m leaving my allotment in the capable hands of two fellow plot neighbours, however the weather being as horrible as it has been I’ve asked them to only look after the greenhouse and the weeds can look after themselves !